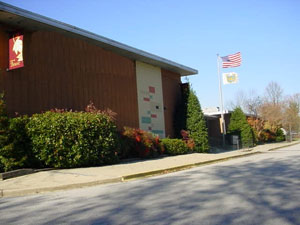 The Kenhill Center is a 40,000 square foot building that was originally built as an elementary school for the children living in the Foxhill section of Levitt Bowie. As the population changed, the building was no longer needed as a school; it became Bowie City Hall in 1978.

In 2011, a new City Hall opened on Fred Robinson Way to house the expanding City staff, including the new Bowie Police Department, which was established in 2006. Bowie Youth and Family Services and the Bowie Television Studio remain at the former City Hall building.

Current Uses of the Kenhill Center


The City's Youth Services Bureau continues to serve the community through family counseling and outreach activities at the Kenhill Center. The City of Bowie Television Studio provides opportunities for Bowie residents to produce television shows for the Bowie public access channel.

While community groups could always hold evening meetings and activities in the building, with the opening of the new City Hall, there are now more rooms and more hours available for community use at the Kenhill Center.

Since 2013, community groups have been welcomed as tenants in the building. Currently offices for the Change of Heart Outreach Ministries, Bowie Boys and Girls Club, the Bowie Community Media Corporation, Unity Center of Light, the Greater Bowie Chamber of Commerce, and the Business Service Center are housed in the building.

For information about reserving space at the Kenill Center for community groups or for leasing information for nonprofits, please visit the links to the left.