If You Think Your Rights have been violated:

Launch an online complaint with HUD using the Housing Discrimination Complaint Form (Form 903). Learn the basic facts about the Housing Act and your rights under the Act. Read about the steps of the Fair Housing complaint process.

REMEMBER: housing discrimination is not only illegal, but it contradicts the integrity and principles of freedom and opportunity that we treasure as Americans.

How to Avoid a Fair Housing Violation 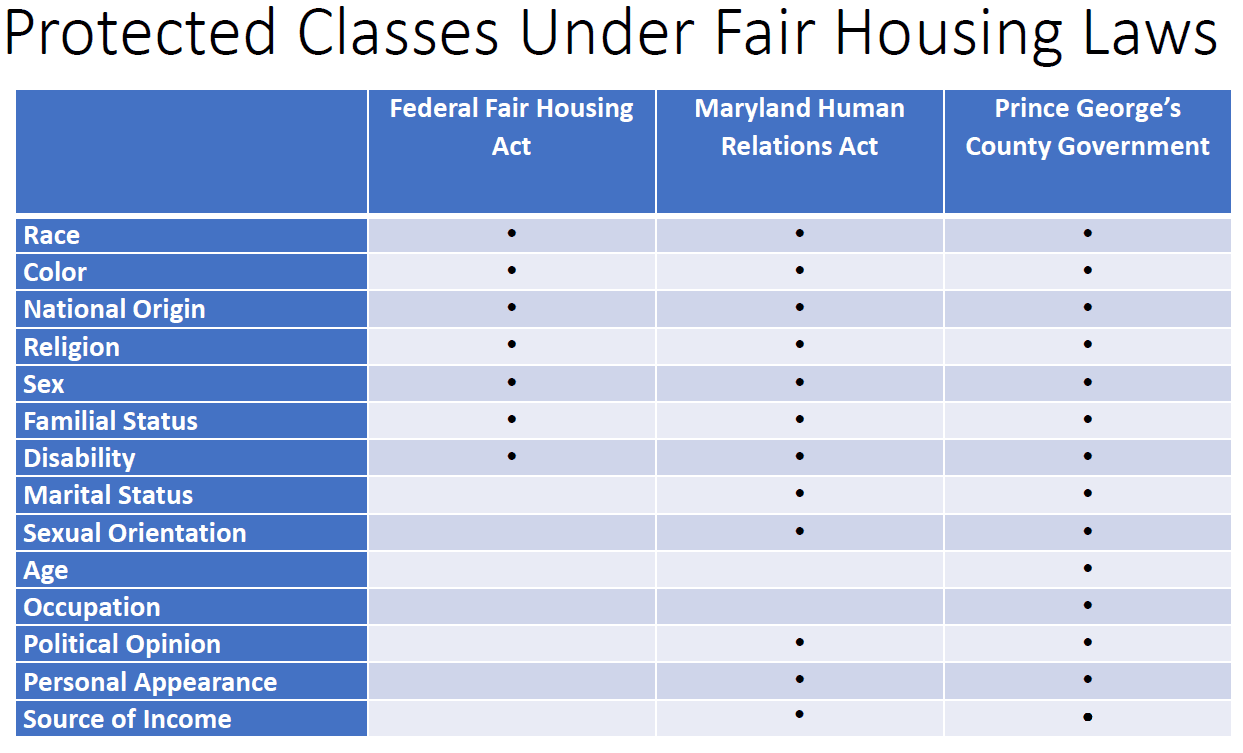 The Federal laws that regulate the fair housing mandates include more than Title VIII of the Civil Rights Act of 1968 (Fair Housing Act), as amended. It is also enforced by the follow laws and regulations.

Title II of the Civil Rights Act of 1964

Title VI of the Civil Rights Act of 1964

Title II of the Americans with Disabilities Act (ADA) of 1990

Title II of the ADA prohibits discrimination based on disability in programs, services, and activities provided or made available by public entities. HUD enforces Title II when it relates to state and local public housing, housing assistance and housing referrals.

The Age Discrimination Act of 1975 prohibits discrimination on the basis of age in programs or activities receiving federal financial assistance.