100 Years of Growth, Unity and Progress 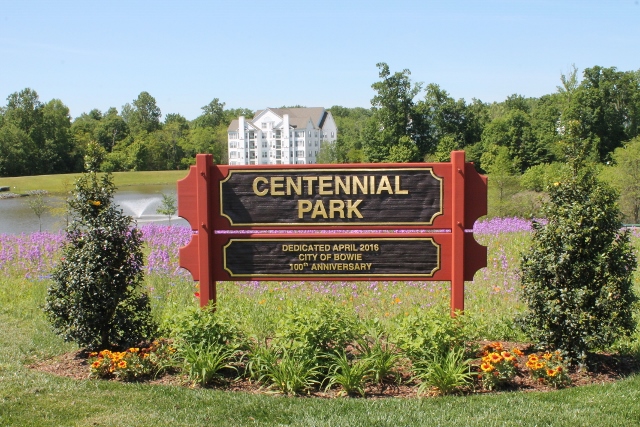 
In 1870, a small railroad village called Huntington City sprang up around a railroad depot called Bowie Station. It was named in honor of Maryland Governor Oden Bowie, a local resident instrumental in bringing the railroad to the area. That small town flourished, with lovely homes, shady streets, businesses, shops and places of worship. Huntington was incorporated in 1874 and in 1882 was renamed Bowie. But the railroad village was often referred to as Huntington or Huntington City by the locals and to this day the area is known as Huntington or Old Bowie.


In the 30+ years after it was founded, the village had a number of administrative and political systems. In the early 20th century, residents began the process that incorporated the Town of Bowie. That process came to fruition on April 18, 1916. R. P. Watts, William Luers, and Thomas P. Littlepage were the town’s first commissioners. Initially, town meetings were held in the Knights of St. John Hall, which still stands today, and in residents’ homes. For many years, the area south of the railroad village remained largely agricultural. Then…in 1957…the face of Bowie began to change forever.


South of Bowie, the Belair Farm, in business since the 1740’s, was sold as a consequence of the death of its owner, William Woodward, Jr. Acquired by developer William J. Levitt, the land quickly became a suburban development known as Belair at Bowie. In 1959, Belair at Bowie was annexed by the Town. The beginning of today’s City of Bowie had begun.


Today the City of Bowie operates under the same charter (with later amendments) created in 1916. April 18, 2016 marked the 100th anniversary – the Centennial – of our City Charter. Bowie has grown from a small railroad village to become the fifth largest city in Maryland, with a population of approximately 56,000. Its area has expanded to include newer, later developments, but the feeling remains the same as it was long ago. Bowie is a vibrant hometown where people put down roots. It is a city of diversity and economic opportunity, and has a strong and varied faith community. We’re not getting older, we’re getting better!

On April 16, 2016 the City kicked off its yearlong Centennial celebration with an opening ceremony and reception at City Hall, 15901 Excalibur Road. See photos from the event on our Facebook page.