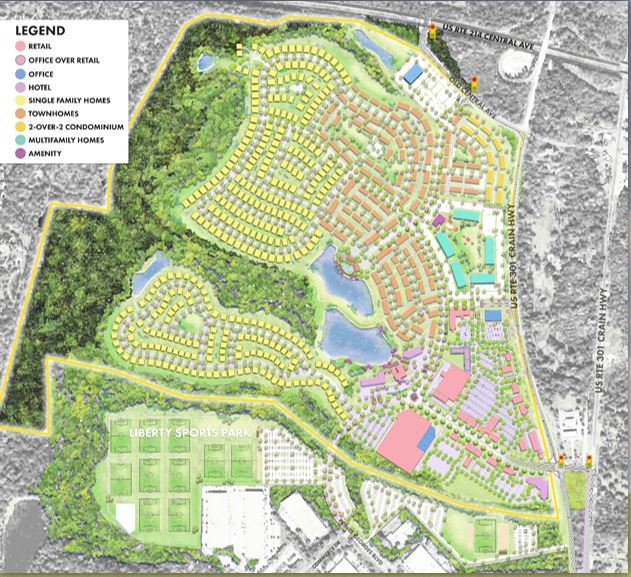 December 3, 2018 – City Council approved Resolution R-76-18 establishing a maximum number of permissible dwelling units at South Lake.  The approved covenant limits the number of building permits for residential dwelling units to no more than 1,360 dwelling units, excluding age-restricted dwelling units, for a period of 15 years after the City’s annexation becomes effective.  It also makes reference to the developer being responsible for certain transportation improvements at the intersection of Trade Zone Avenue and US 301.

In 2016, the developer requested approval of a Tax Increment Financing (TIF) District, asking both Prince George’s County and the City of Bowie for assistance in financing the cost of the project’s infrastructure improvements.   A TIF District was designated by the Prince George’s County Council and approved in 2018.

Documents/Videos related to the Current Project