September 2019 - Traffic calming measures were installed on Beaverdale Land and Belair Drive to reduce speeds, improve safety, and hopefully discourage some cut through traffic from MD 450 and MD 3.

A speed hump is a gradual raised area on a low-speed roadway.

These measures were implemented in response to a community request. Under the City’s Neighborhood Management Program such requests are evaluated on various criteria, including need, cost, speeds, accident activity, and proximity to public spaces and buildings. A proposed solution is then presented to the affected residents for consideration. A majority of the residents must sign a petition endorsing the proposed measures.

These plans were presented at a Stakeholders Meeting on February 27, 2019. Following that meeting, a majority of Beaverdale La. residents signed a petition supporting the speed hump installations. This was the green light needed to move forward with installation, which was completed in spring 2019.

Work will be done in two phases:

This work was paid for by the developers of Melford and was required by the City Council prior to the completion of any housing units at Melford. A community meeting about the proposed measures was held on October 10, 2017 and changes to the plan were made based on input from the community. 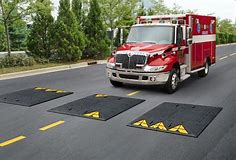 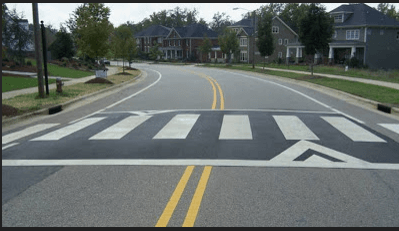 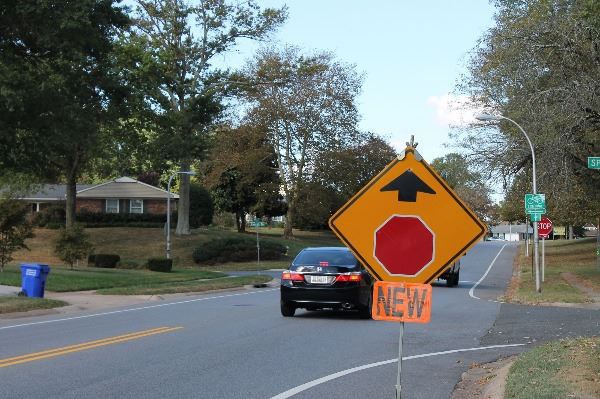 While all-way stops are not a traffic calming measure, the need for all way stops at these intersections was identified during community meetings. These two intersections were studied to determine if all way stops were warranted based on criteria in the Federal Highways (FHWA) Manual for Uniform Traffic Control Devices.

“All-way Stop Warrant Studies” were conducted by a traffic consultant for four intersections: Kenhill, Stonybrook, Buckingham and Beaverdale.  The Kenhill and Stonybrook intersections both met the FHWA warrants for all way stops, so the installation of these all way stops was added to this project to be funded and installed by St. Johns Properties.  The study included an evaluation of the queuing length to ensure the spacing between these two signs was not problematic.

Plans for traffic calming measures on this section of Belair Drive were presented at an open house meeting on June 18, 2019. The proposed measures include eight speed cushions evenly spaced to slow down speeding vehicles.

In accordance with the City's Neighborhood Traffic Management Program, agreement from 60% of Belair Drive residents is required prior to proceeding with installation. A mailer with a return postcard was sent to Belair Drive residents to collect and measure this required level of support. Results are due November 1, 2019, after which a decision will be made on whether the proposed project will be carried out.

We welcome input from the public on these projects. Please contact the project manager.

Please note that all of the traffic calming measures discussed above were reviewed with public safety officials. They do not view them as impediments to providing critical and timely response in an emergency.